Bookmark this
December 19, 2019 By Becca Martin-Brown

Bookmark this
December 19, 2019 By Becca Martin-Brown

"I shouldn't say I have favorite students," Riley Banks-Snyder demurs. But she admits that she and her husband, her middle-school sweetheart Graham Snyder, are "quite smitten" with the little girl in this picture.

"Physically she is disabled more than our other students, but mentally there is nothing that holds her back," Banks-Snyder says of 8-year-old Tracy. "She is one of the quickest learners in our school, and she is speaking English so well -- well enough that when her mother comes to visit, she can't stop bragging about how well her daughter does in school and how proud she is of her.

"Anything that would set you apart in Kenya, whether that's a mental or physical disability, makes you an outsider in the community oftentimes," Banks-Snyder explains. "But our school doesn't set limits on who can attend. It welcomes everybody. And it shows that no matter who you are when you're given the opportunity, you are so much more than what you see on the outside."

Banks, who is just now 23 herself, fell in love with the children of Kenya when she was barely a teenager. Traveling with her dad to visit an aunt and uncle serving with Doctors Without Borders, Banks-Snyder discovered at the age of 13 the "total shock of the differences between Kenya and home."

"The first time I went to help in the neonatal unit [of the local hospital], all of the babies were just in little plastic tubs without diapers or anything -- and it was my job to go clean up a baby and then feed it," she remembers.

Banks-Snyder had to leave the room in the middle of feeding that first baby; she knew she was going to faint if she didn't.

"Of course I went back another time and helped feed triplets," she says. "And then, during our second week, my dad and I went to a place called Mosop Orphanage where we were helping first- and second-grade students learn English. It was my job to help the 10 kids at my table write down onto their notebook paper the words that the teacher had written on the blackboard."

The lesson for Banks-Snyder there was that all 10 children were sharing the same pencil.

"It's not very often that we look at the pen on our desk and are grateful for it and for the opportunity that it gives us," she remembers. "I learned very quickly how much of my life I had taken for granted."

Within the next year, Banks-Snyder had founded her own charity, Generation Next, and over the next 10 years, has sent "thousands of backpacks full of school supplies" to kids in the East African nation. Soon, she discovered girls there also needed the proper supplies to deal with their monthly menstruation -- sometimes turning to prostitution as a result of their need -- "so I wanted to help by being able to give these girls hygiene kits that provide sanitary napkins as well as basic hygiene items."

Of course, Banks-Snyder wasn't satisfied with that either. Her next step was to build a school, where currently 241 children are students.

"We are based in a town called Kibwezi which is near our school as well as surrounding schools so that we are able to reach as many people in the community as possible," she explains. "Through the opportunities that our school provides in the area, I have seen so many kids who were uneducated be given the opportunity of an education, I have also seen many kids who were malnourished receive two meals a day and just how much healthier they are. We've been able to give free education, but we have also been able to provide many jobs for parents who only had day-to-day work."

Banks-Snyder funds Generation Next in an unusual way. When she was a senior in high school, she heard of a thrift store in downtown Branson that was going to close. That nonprofit organization gifted her the business, and Riley's Treasures turns donations from the community into aid that travels around the globe. "A lot of our funding [also] comes from donors whom I have met at churches that I've gotten the opportunity to speak at, as well as other events where I have been invited to share about Generation Next," she adds.

"I would love to be able to expand our school and allow more kids the opportunity to get to go to school," Banks-Snyder says.

"Riley Banks is an extraordinary young woman. Her love for children, and especially those much less fortunate, is so inspiring. As a teen, she traveled to Africa for the first time and fell in love with not only the culture but with the children who were in a nearby African orphanage. She knew right away that it would be her calling in life to help those children feel loved on a constant basis. -- Lynn Berry, ExploreBranson.com

"I met little Riley Banks when she was 5 years old and have watched her blossom into the most amazing young woman of God. She listened to God's calling in her life, and she has never stopped sharing and spreading God's message of love and compassion around the world." -- Jennifer Gregory, Best of Branson

"Riley is dedicated, passionate and loyal to what she has started in Kenya. Her love for Christ is evident in the love she gives to the children she supports. She sets goals and follows through on her visions. I am proud to know her personally and professionally. -- Shann Swift, SwiftShots

"In 2015, SYTA and SYTA Youth Foundation held their annual conference in Branson. We recognized Riley with our Youth First Award because she inspired us with her story of courage, generosity and faith and belief that she could improve the lives of these young women. She received our award because she first found her passion on a mission trip to Kenya and the SYTA Youth Foundation's mission is to change young lives through travel. We recognized Riley for the positive impact she had on society by changing young lives through a travel experience. Riley inspires us with her courage, dedication, and understanding that by reaching out beyond our local communities and embracing others, we can have a positive impact on the world." -- Carylann Assante, SYTA and SYTA Youth Foundation, Arlington, Va.

"Riley Banks stands out in a crowd due to her determination, passion, and character. She has devoted her life to serving any/all poor and destitute around the world. I am a better version just for meeting her. Truly an inspirational young lady/leader/philanthropist. -- Cindy Thomas, Cindy Thomas Entertainment Group 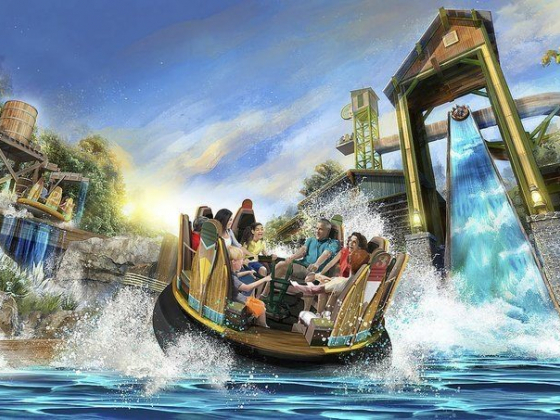 See what's new in Branson for 2020. From new rides at Silver Dollar City to completely new attractions, this year will be one to remember! 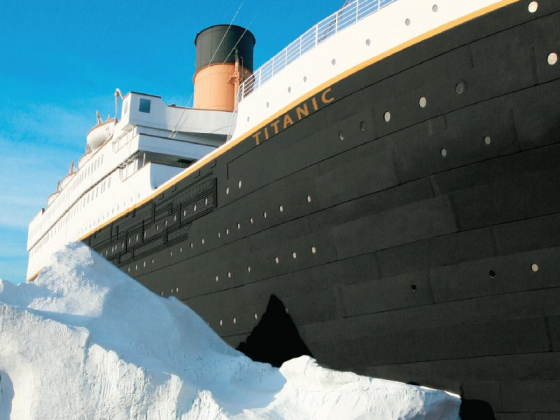 Branson truly has a museum for everyone. See what Branson looked like in the ear... 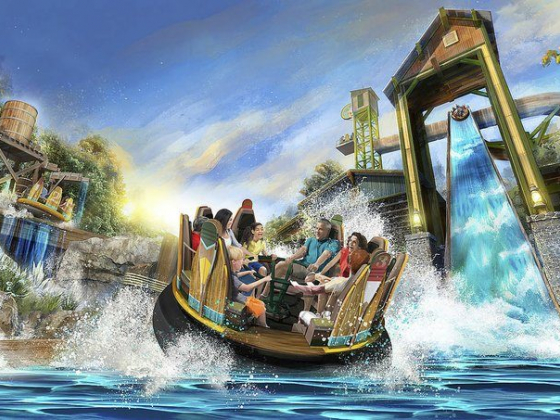 Bigger And Brighter: Silver Dollar City investing in the fut...
By Becca Martin-Brown

An Old Time Christmas has been a staple of the holiday season at the park since ...

The Best of Branson 2019 Results

The Best of Branson is a true nationwide reader’s choice about our great destination city. Over the Summer, we asked for visitors and locals to voice their opinion in six main categories and here are the results. 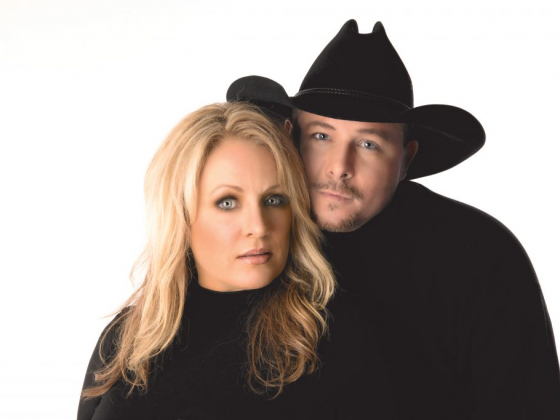 Each act will be performing the hits that made them famous, along with their favorite Christmas song. 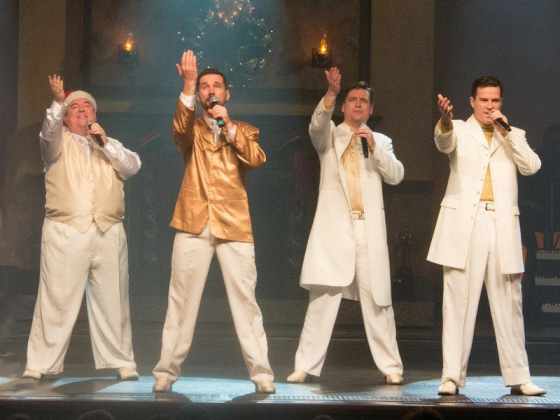 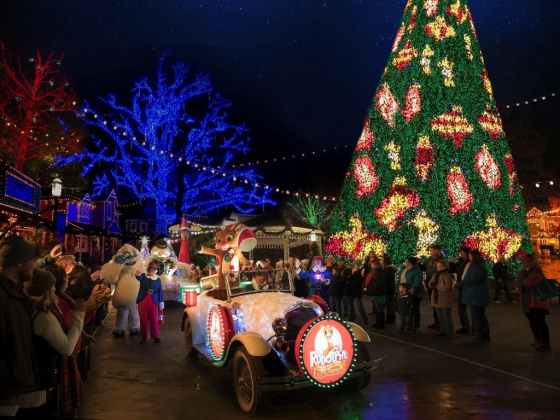 The Bradford House is a welcomed change of pace.  Set in a place of serenity, charm, elegance and good old fashioned hospitality, the Bradford House embraces you with a feeling of being among "family".

For over 20 years, the Fall Creek Steak & Catfish House has been a popular dining destination sitting right next to Fall Creek in Branson, Missouri.

With its friendly service and its low and slow cooking methods, Big D’s BBQ prides itself on serving up delicious smoked meats using a proprietary blend of dry rub spices for full flavor.